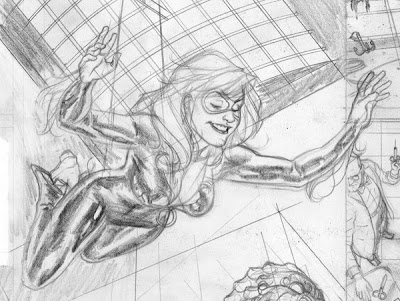 About two years ago, comics pal Paolo Rivera began a feature on his blog called "Wacky Reference Wednesdays," in which he would post (many times embarassing) photos he'd taken of himself and friends as reference material for his comics and illustration work.

He has since prodded me several times to begin a complimentary 'Reference Wednesday' feature on my own blog, which I resisted, not wanting to steal his blog posting fire.

Well, he finally convinced me. So here now begins the advent of 'Photobooth Fridays', a new feature in which each week I'll post a comedy-saturated reference photo or two highlighting some of the pre-production work that goes into my comic art.

Disclaimer: Not all of the reference pictures I'll post here will be with the 'Photobooth' computer application, I just really like alliteration. Up until recently, most of my reference pictures were taken with my handy digital camera. However, more and more I've been using my laptop to look at references on screen. It saves on paper, and the built in camera allows me to pose for reference shots as though I were looking into a mirror. Alright, without furhter adieu, let the nerdery begin: 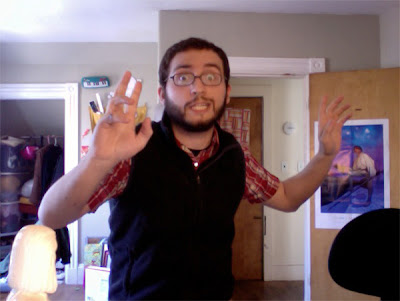 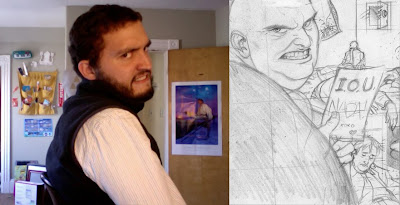 And lastly, here's a look at the progression of the page from it's original 3 by 5 thumbnail, to pencils then inks.

The final of which can be seen here.

Awesome, thanks for sharing!

The top pose of you is awesome.

You can't even imagine the collection of ridiculous reference photos I have under lock and key- most involving William Chamberland.

Will you be competing with Paolo for the Mary Jane role?

Well Gwen Stacy's taken. Maybe I can try out for Kingpin.

You guys are so much braver than I am.... I can't wait until next week!

your interpretation of the Black Cat...is second to none!!

Hah, the photos were reference for the drawings. I was trying to match the initial thumbnail sketch I'd done from my head.

And Reau, join the club!

haha, oh i know . i guess my facetiousness didn't come through on that one

Great to see your thought process!