Guardians of the Galaxy edition! 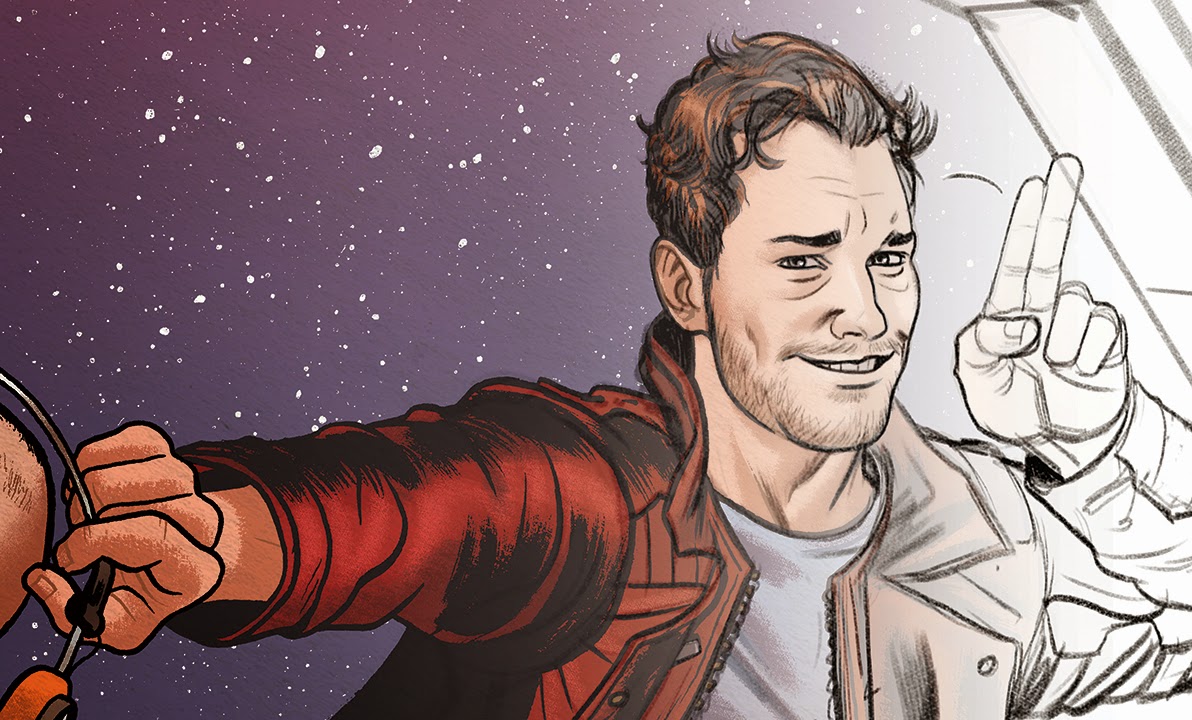 Today Marvel's new movie the 'Guardians of the Galaxy' hits theaters, so I thought why not feature an illustration I did recently in celebration of the movie. Here's the full image: 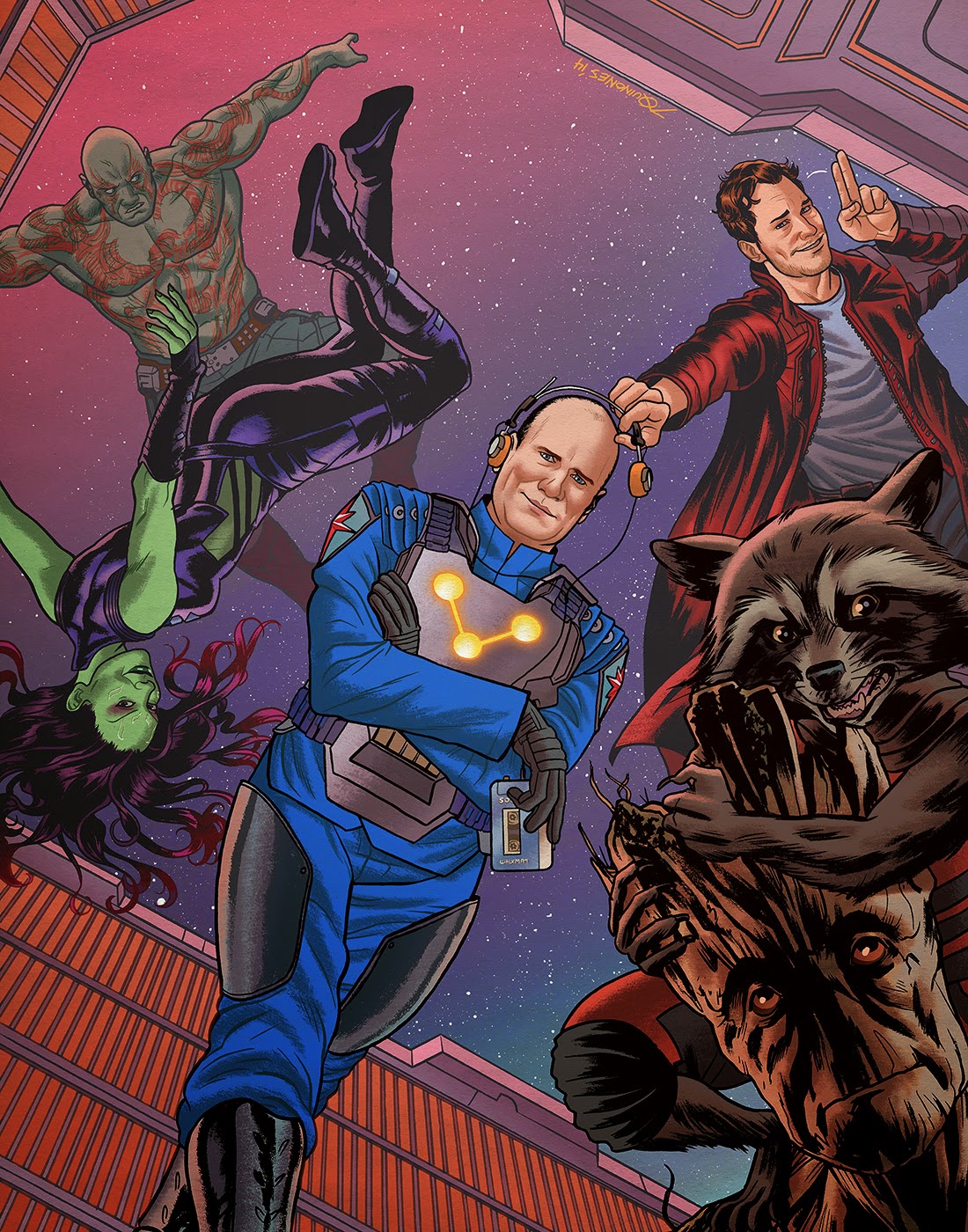 I was commissioned to make this piece for Variety magazine for use along with an article they were running about the film, it's producer Kevin Feige (pictured above in blue) and director James Gunn. You can read the full article here.

Basically I was asked to draw up a "fun, heroic group shot" of the crew from the movie, along with producer Kevin Feige, "in an alien/space setting." Thankfully they basically went for my first idea--looking at the group in an anti-gravity setting aboard a starship. I also added in a small narrative of Kevin wearing Star Lord (Chris Pratt)'s headphones as seen in the trailer. Star Lord reaches for them, trying to peel them back off Kevin's head. Here's a look at the initial sketch, and a follow up tweaking of it after some notes from art director, Chuck Kerr: 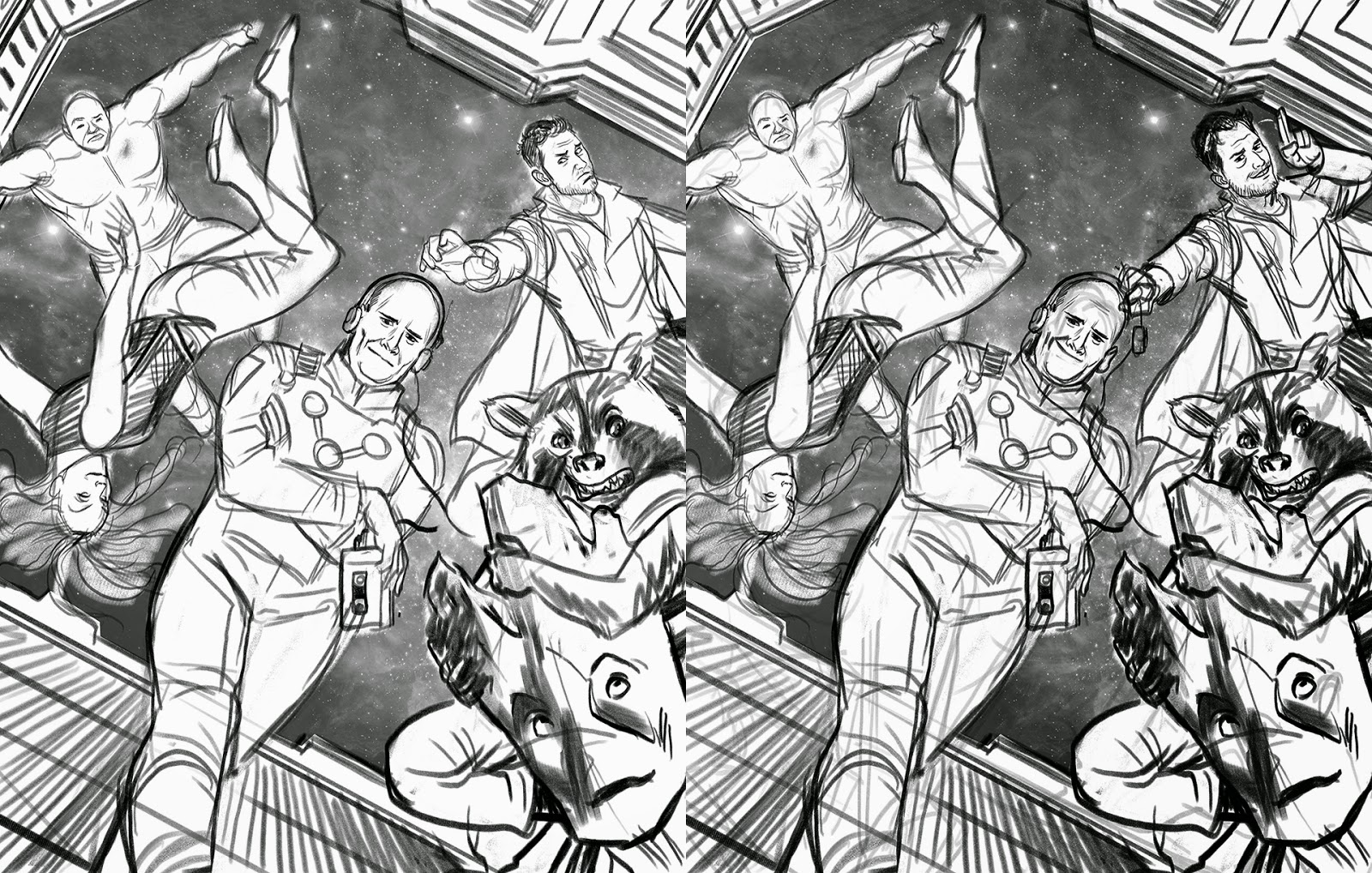 A look at the rest of the process from digital pencils to real inks to digital color:

And finally, some detail shots of my inks: