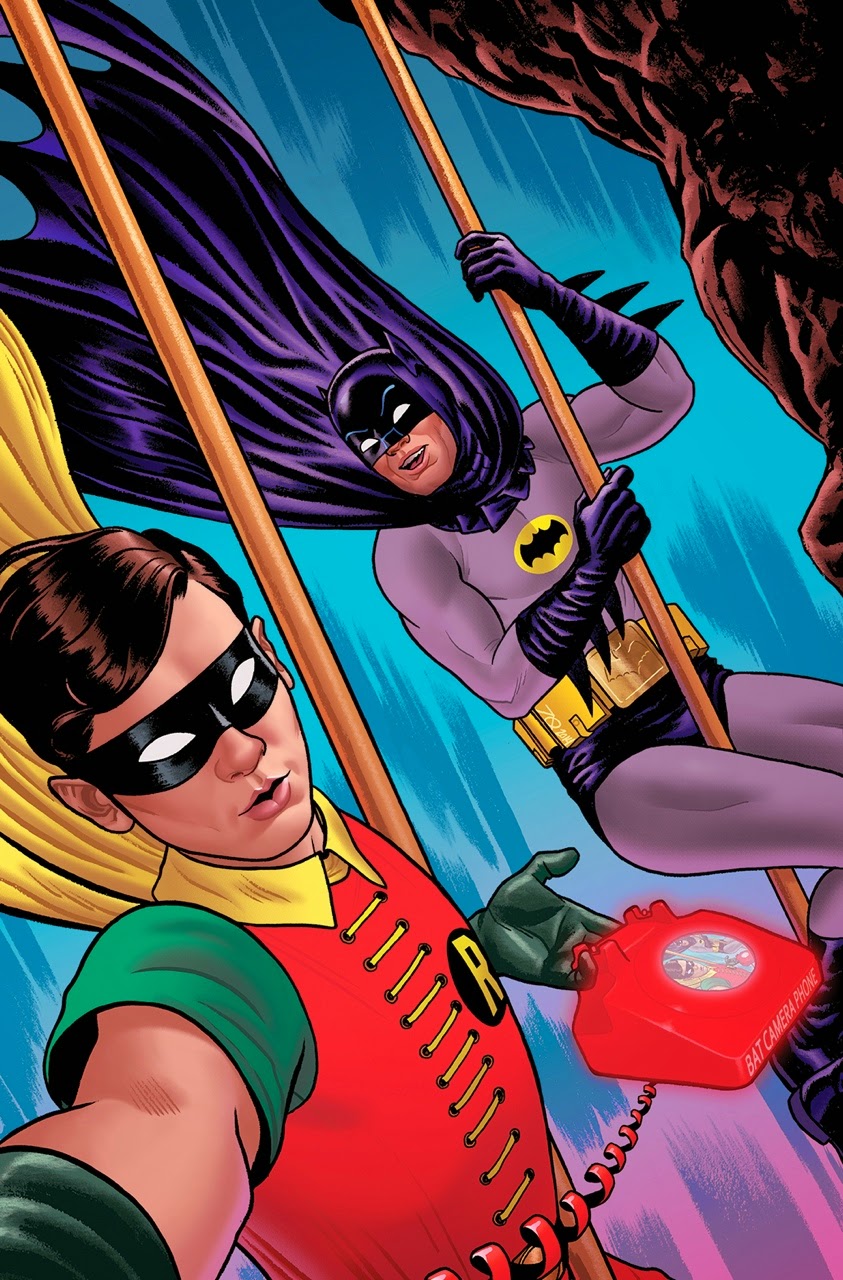 As it turns out, DC comics is going to be releasing a series of variant covers throughout the month of August featuring their superheroes taking selfies. I was asked to do one for issue 14 of Batman '66 and was excited to tackle the idea. So rather than make Robin (because of course it would be Robin) take the pic using a cellphone (it was the sixties!), I decided to give him the iconic red flashing 'Bat Phone', repurposed into a 'Bat Camera Phone'. Hope you like!