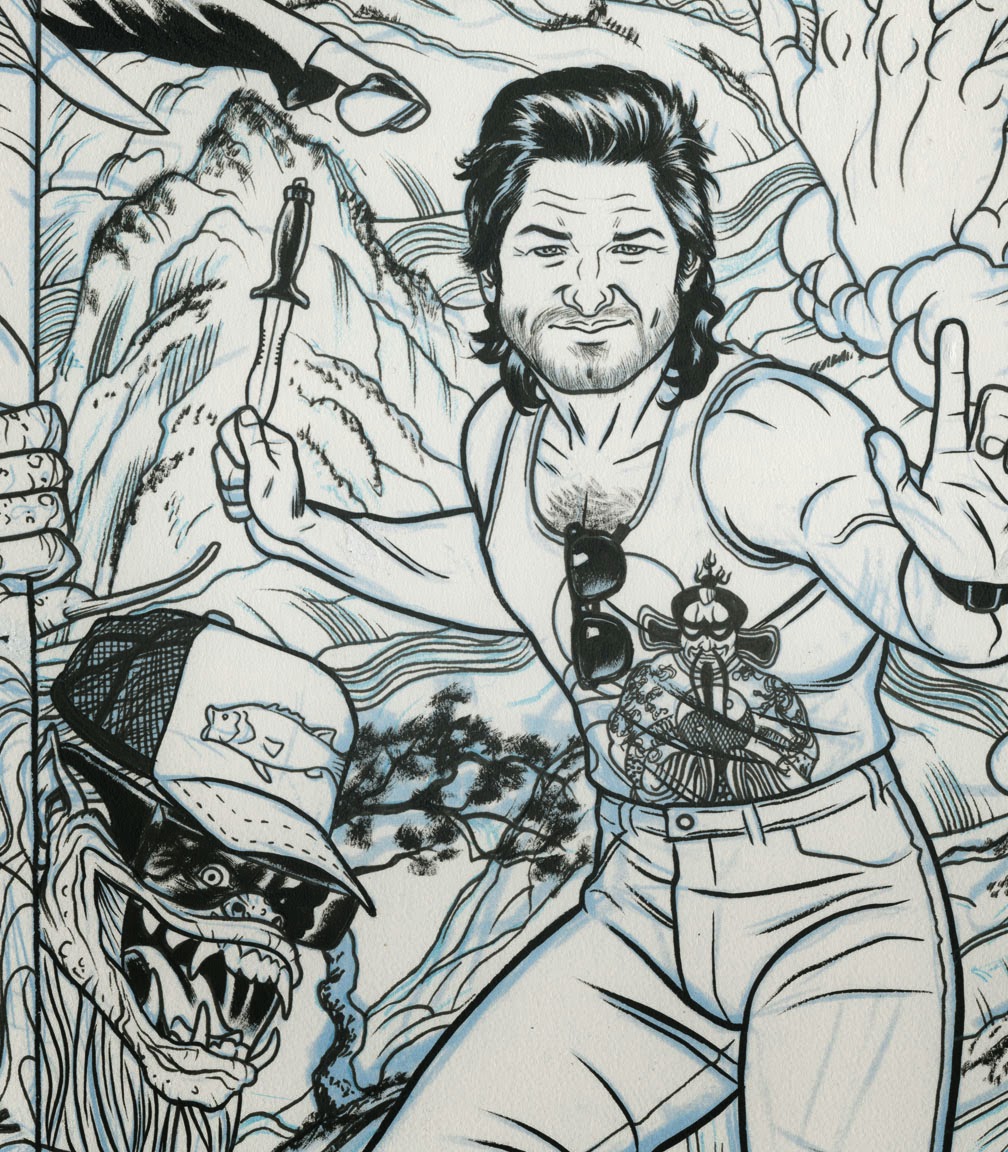 Today we're looking at my first two covers for BOOM! comics upcoming mini-series, Big Trouble in Little China, based on the cult film from the eighties. I'm doing a series of connecting covers for the series, which was a lot of fun to put together, if a bit work intensive. Here's a look at my Photo boothin': 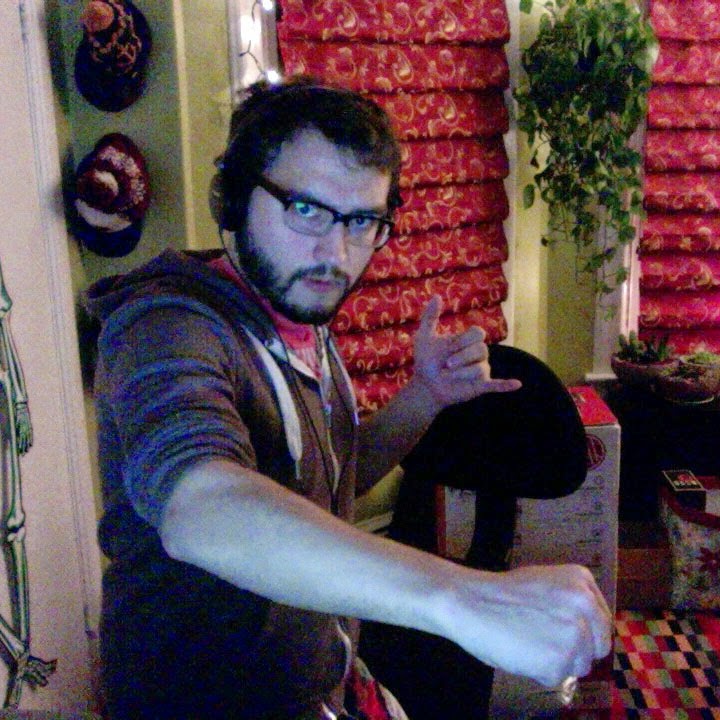 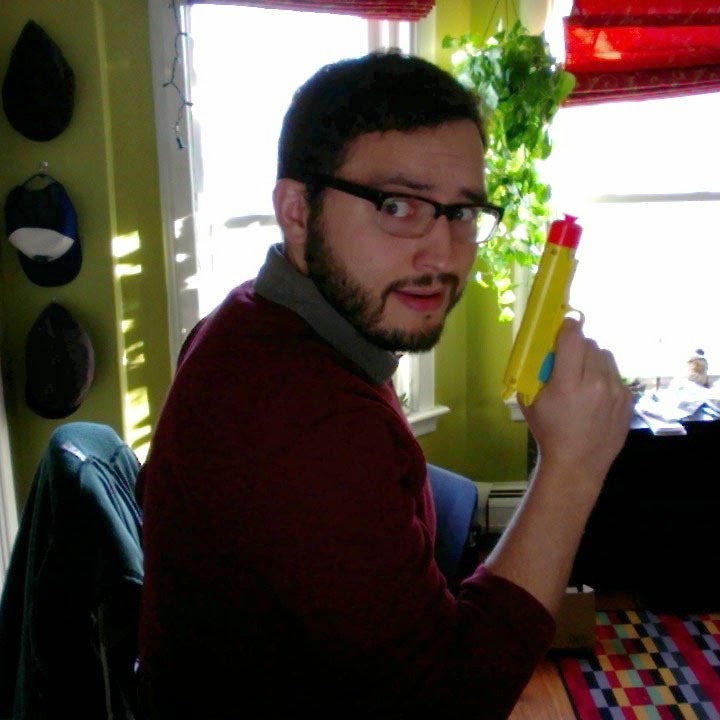 I pencilled this cover digitally, using my Wacom Cintiq. It made drawing and aligning this long connecting piece a bit easier than if I were to try and do it by hand. I worked atop a loose thumbnail, fleshing out all of cover 1, and most of cover 2 at first. Covers 3 and 4 were drawn in separate instances, but I always drew more than I needed for any single cover so that I'd have something to build off of on the next.

After the pencils were completed, I converted them to cyan and printed them out on bristol to ink over. Here's a look at the rough scans for each cover: 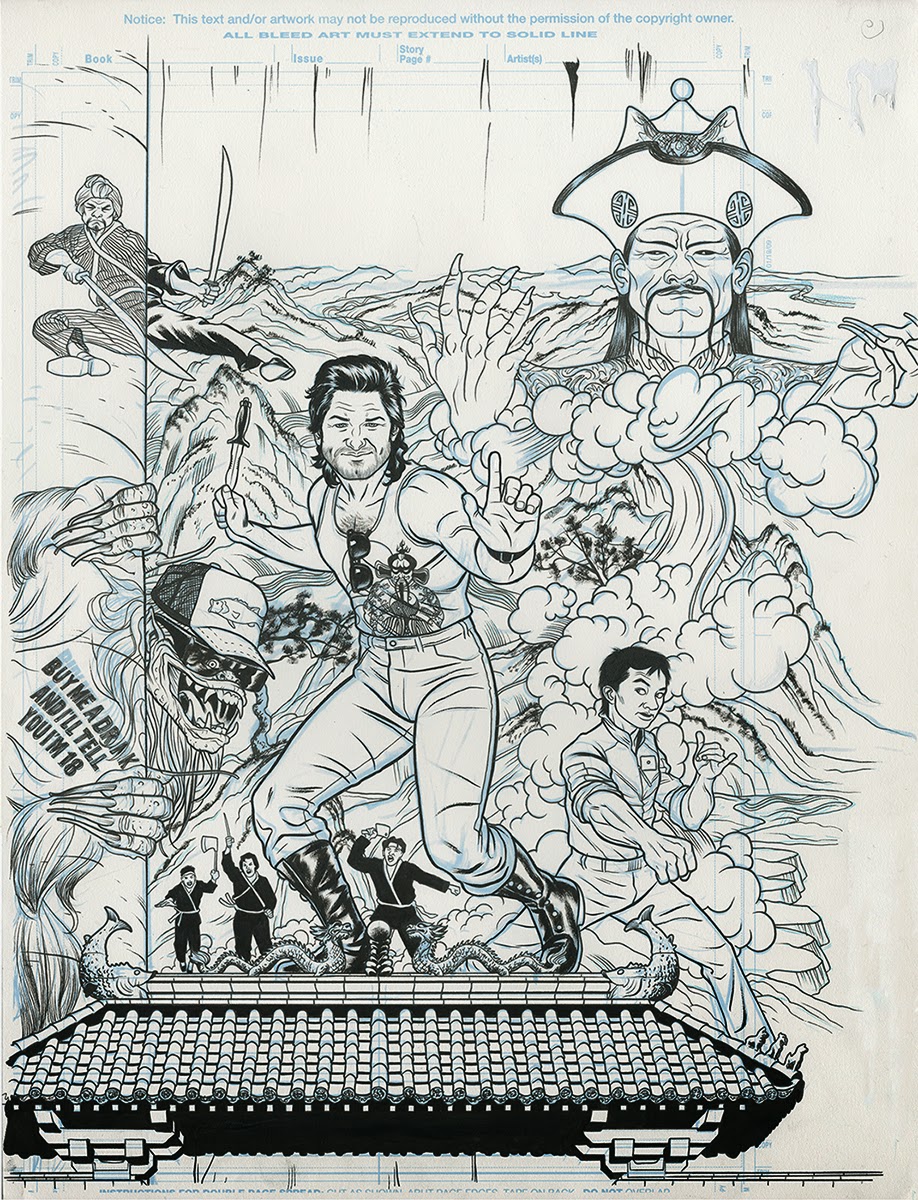 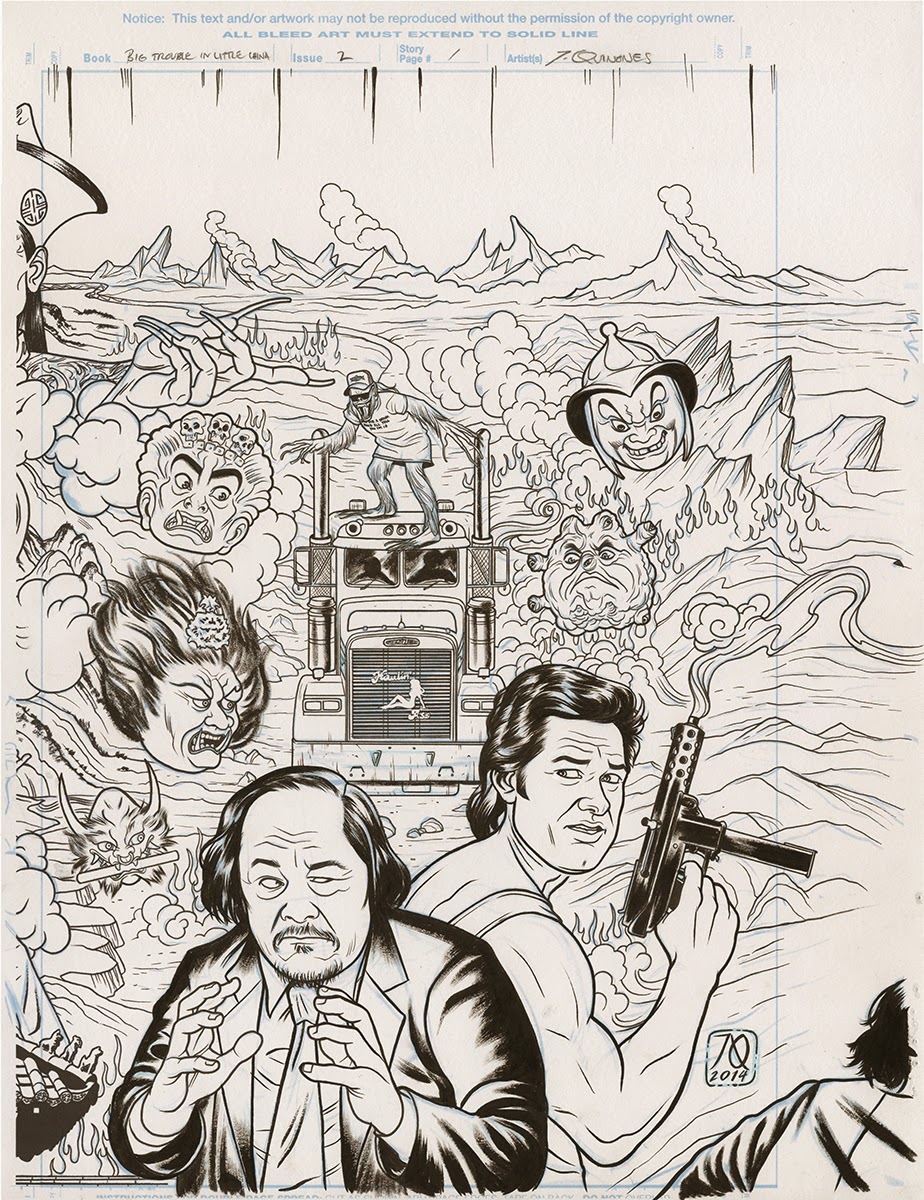 Because of time constraints, and sheer size, I decided to ink each cover individually, rather than as one long scroll. As it stands, each original was inked on a sheet of 14x17" bristol board, making it infeasible to try and ink them all on a single sheet of paper. I'd either need one enormous long scroll or I'd have to scale down the image, sacrificing detail, hence my decision.
As you can see, for each cover I drew/inked past the crop marks, bleeding toward the next cover. This was to make sure each proceeding cover would link to the previous one in a seamless way. Of course I had to do some photoshop tweaking to really make it work, but this helped. 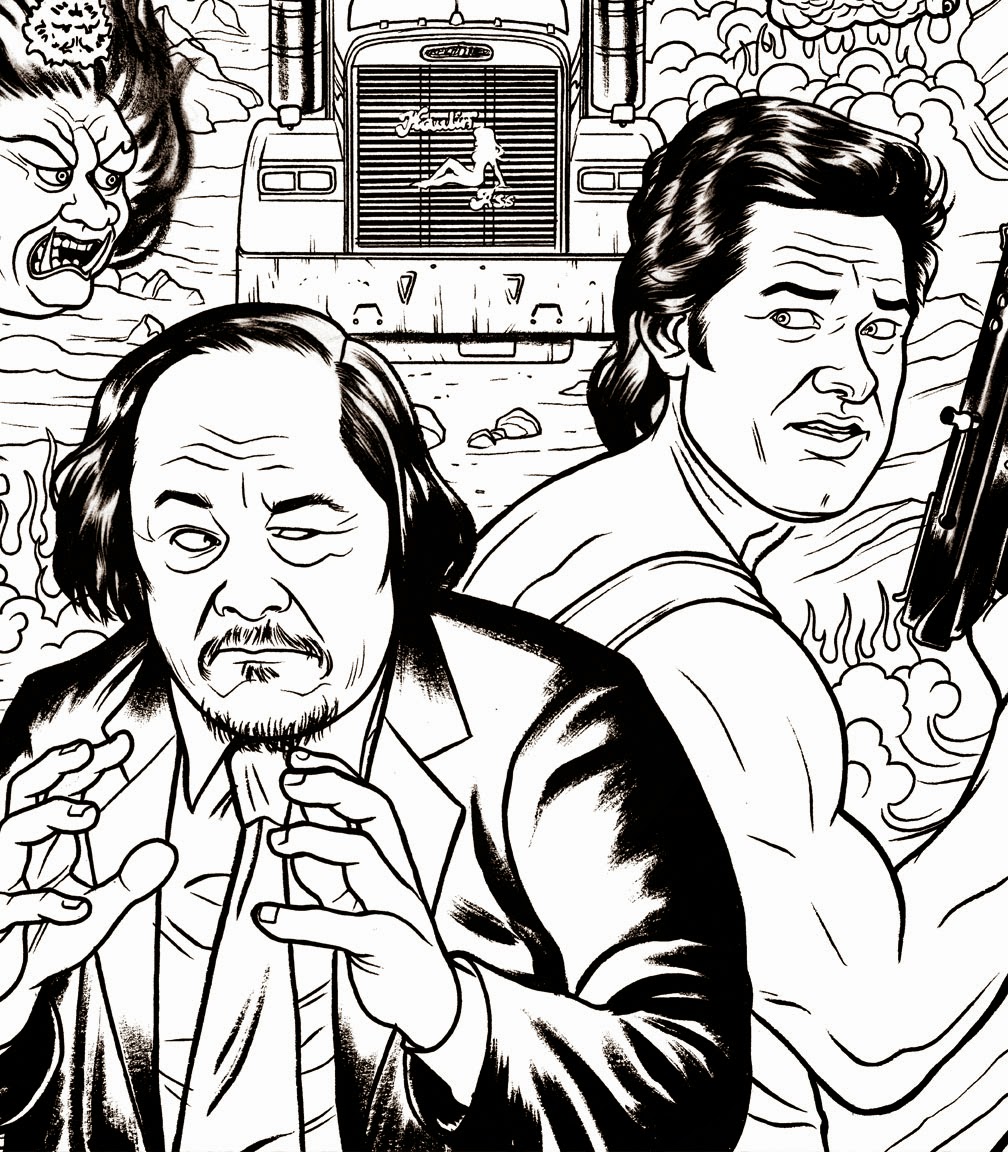 The digitally connected covers 1 and 2: 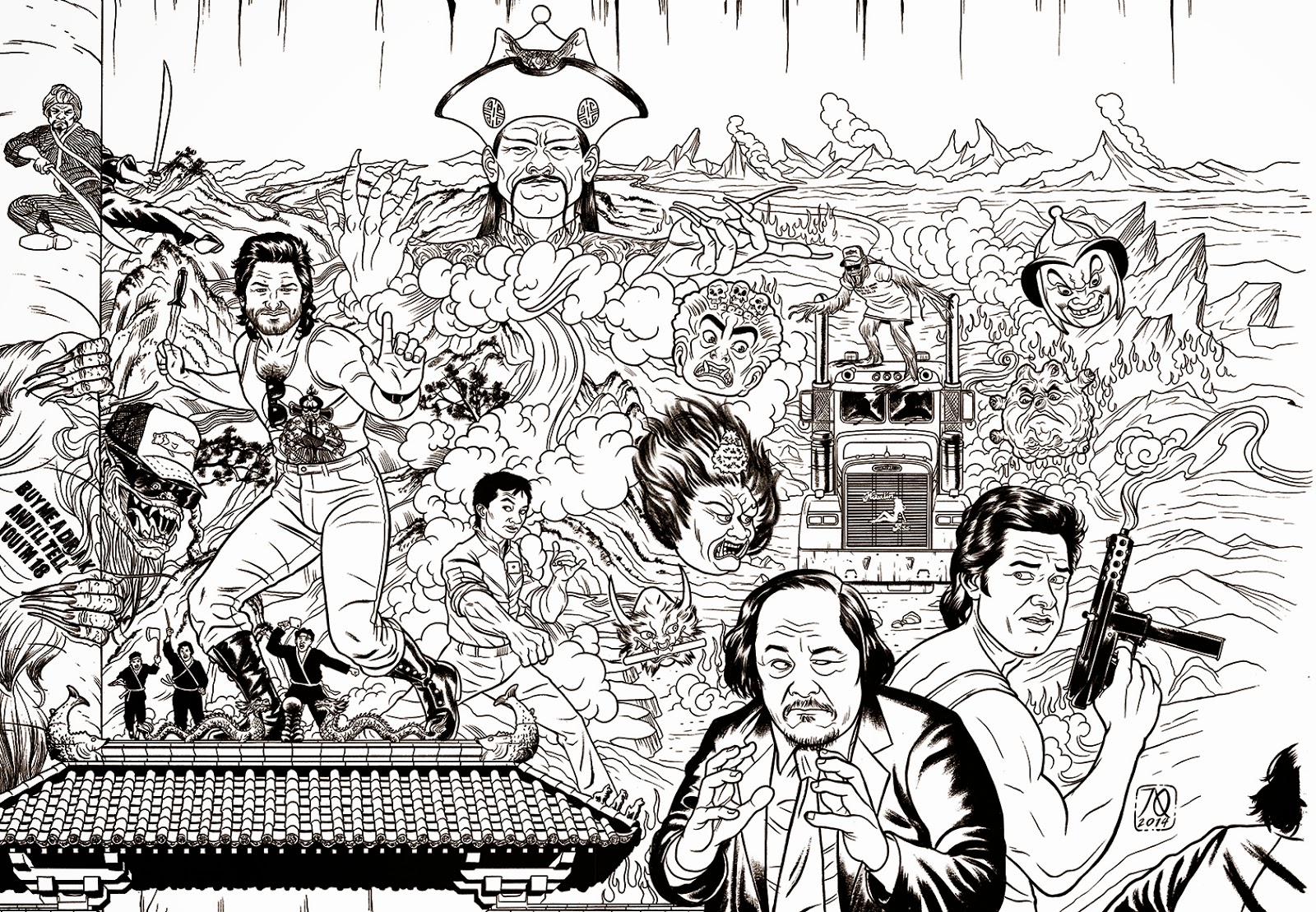 And to round things out, here's a look at their finished colors: 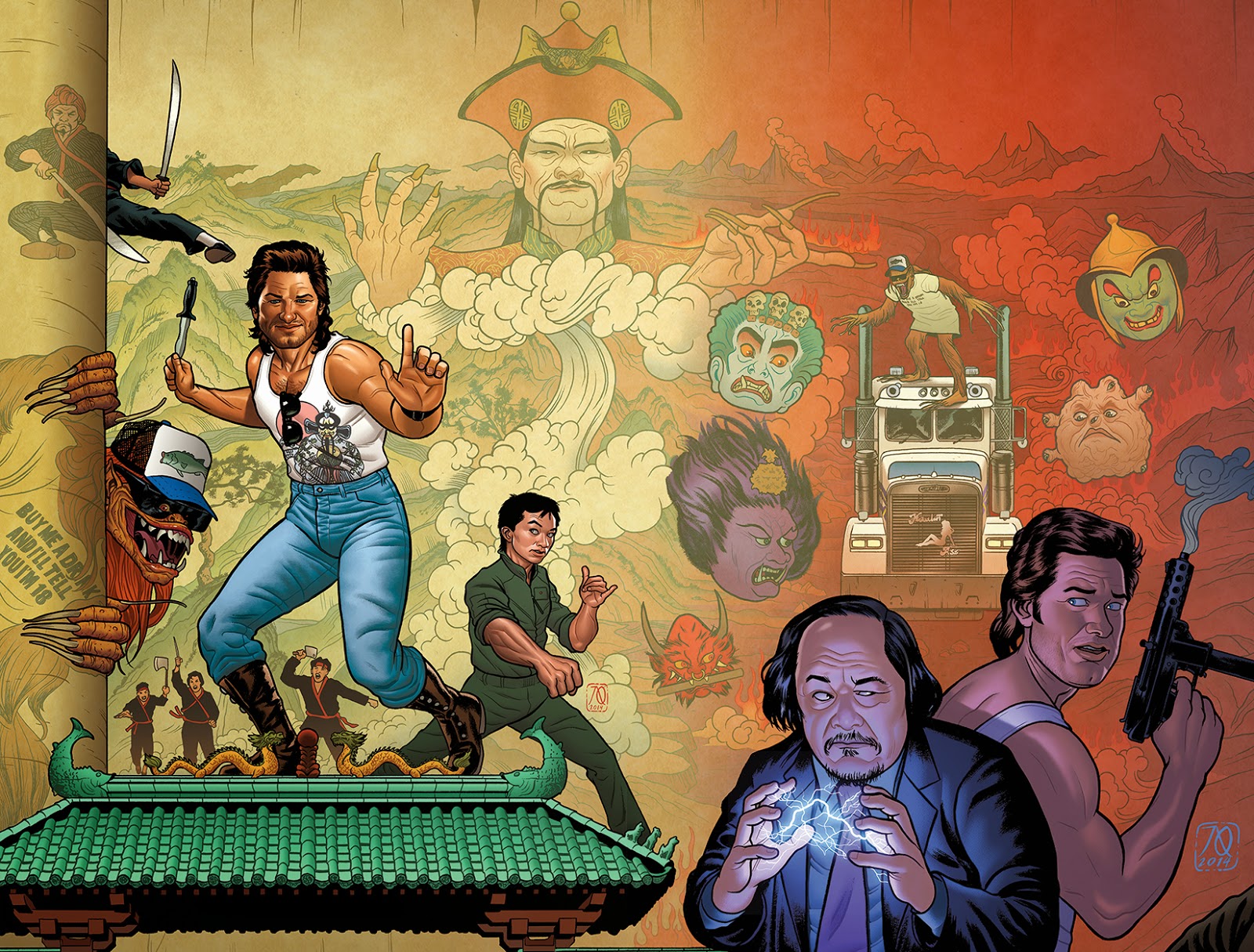 Annnd that about does it. Have a great weekend folks!

Nice covers! Just happened upon your blog and enjoyed it. My father once worked on the Captain Canuck comic here in Canada (it wasn't really very good but he enjoyed doing it) and so I always enjoy looking at comic book art. Nice, thanks.

Joe -- what sort of printer are you using to be able to print on such large bristol?

WORK TOGETHER BUILD TOGETHER said...

For the lovers of art be it oil paintings, acrylics, water paints, abstracts, still life or just swirls of your imagination on the canvas. Find more art at
http://www.youtube.com/watch?v=PgWYZyShA3c