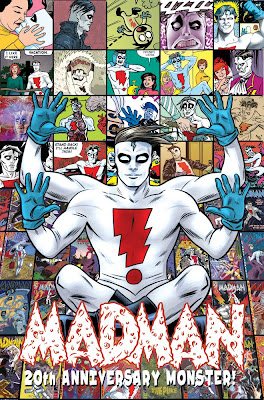 Today Mr. Michael Allred "officially" announced his forthcoming 'Madman 20th Anniversary Monster' hardcover due out later this year (most likely around Thanksgiving). Made in the same vein as DC's recent Wednesday Comics series, the book will be an 11 by 17" collection of several artists one-page Madman stories along with many more features. Head on over to Mike's blog to read through the absolutely stellar list of contributing artists, and read up on all the rest of the juicy details on this exciting project.

As I've mentioned before, Maris and I were very excited to have been asked to work on one of the stories for the book (her as writer, me as artist). This being friday however, I thought I'd share one more photo reference taken in relation to our MAD contribution, and tease yet one more panel. Here goes -- 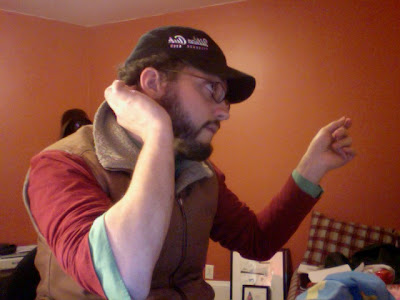 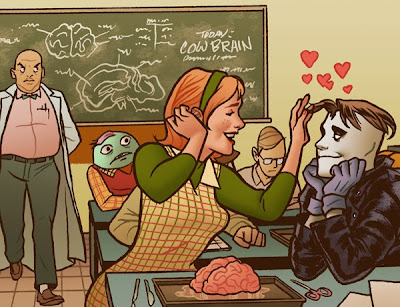 What an exciting opportunity. And that Madman book will look good on a shelf after reading!

(I'll probably have to make the shelf taller, though.)