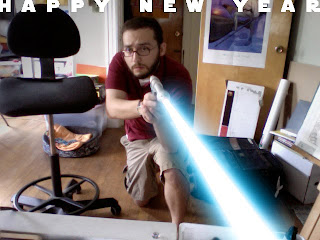 (--Don't worry, that blaster's set to 'stun')
Above is an unused reference picture from last summer's Harley Quinn story. The panel in question called for a bunch of police aiming down their guns at poor Harley, so I ended up taking several different pictures so there would be some variety in the posing.

And speaking of 'Joker's Asylum', I just received the trade paperback collecting the series, just ahead of its forthcoming January release. It printed very nicely, and comes adorned with a gorgeous Ryan Sook illustration on the cover (which I won't spoil here - it's different from the one solicited a couple months ago). I was also flattered to find my rendition of the Joker featured on the back cover and spine: 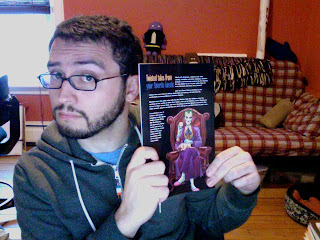 Neato! Okay, that's all for this week.

Congrats on the TPB and thanks for the lovely art in a lovely story that actually does Joker and Harley justice!

the stun setting sends out concentric circles. that shit is set to KILL