Apologies interweb-log readers, I was working against a deadline all through today. Illustation: accomplished. Okay, on to today's (tonight's? tomorrows?) entry -- 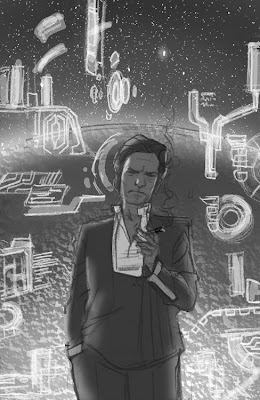 Above is a sketch from that first Mass Effect cover I'd posted a couple weeks ago, featuring 'The Illusive Man.' Bioware wanted a fairly straightforward composition with this one; The Illusive Man smoking while standing in front of the iconic dying sun from the game. I wanted to draw a pose for the character that came off as kind of classic and cool, but didn't have a clear notion of exactly what that pose would be. Reference!* 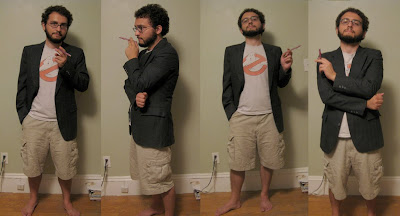 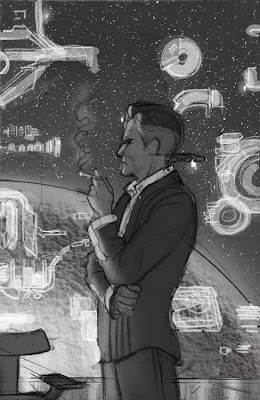 Here's a second cover sketch, pretty much the same as it appears in the finish, save for one detail. 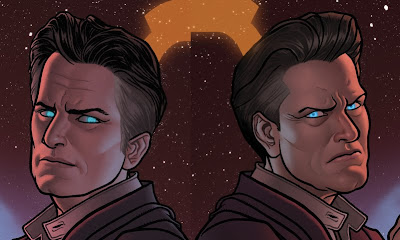 His head! It was decided the Illusive man should be looking toward the viewer rather than away. Originally our smoking, glowy-eyed space man had a slightly grumpier disposition. However, Bioware thought it a little over the top, so I ultimately replaced the head with one that had a bit more of an ambiguous expression, keeping the character ever an enigma.
See the full finished version here.

Have a great weekend, every body!

*Disclaimer: The reference photos above were not in fact taken in Photobooth. Whatevs!
Posted by Mr. Joe at 10:47 PM