Hey guys,
First and foremost let me just state that tomorrow (Saturday, April 10th) begins the two-day Boston Comic Con! It'll be a con worth visiting just by the sheer number of artists that will be in attendance there. Mark Chiarello, Mike Mignola, Jim Lee, Cameron Stewart, J.H. Williams and on and on... I'll be a guest there as well, taking commissions and selling t-shirt and comics. Gal-pals and indie comic titans, Maris Wicks and Liz Prince will also be there; kicking ass and taking names, as will Project: Rooftop regular Ming Doyle.
Besides that, there promises to be lots of good people watching with "The New England Ghostbusters"(dudes wearing proton packs), the '501st legion' (dudes dressed as stormtroopers and stuff), and I'm sure at least a few other superhero costumed folk. Come on down!
Secondly, here's some artwork I've been meaning to post:
A couple pages from Marvel's upcoming 'Who Won't Wield the Shield' one shot that will be coming out later this month. This will be my first published work that I haven't colored. Instead the coloring duties fell to the awesomely talented Javier Rodriguez. I knew Javier through his great work on Batgirl: Year One, and so was very excited about the pairing.
Anyhow, here are the pages (sans colors) 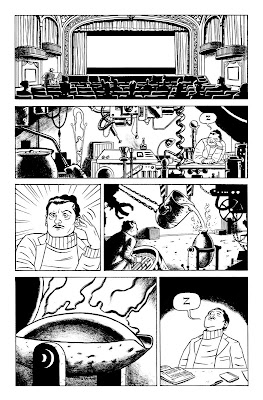 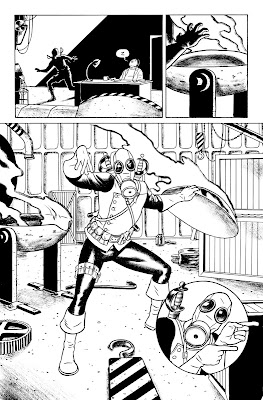 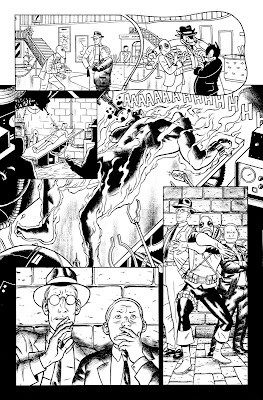 And lastly, here's a sneak peak at a Black Cat one-pager I just finished up. 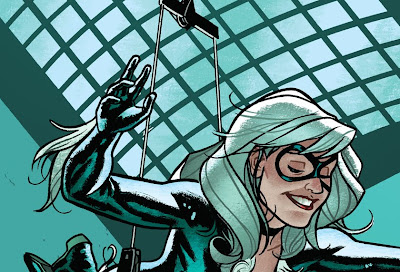 I hope the Con went well, Joe. I can't wait to see your rendition of Harley Quinn!