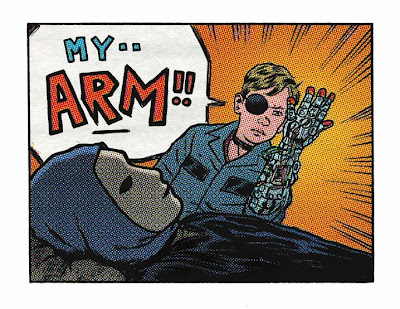 Phew boy. Apologies for dropping off the face of the (internet) planet, everybody! I've been working at a summer arts camp for the past four weeks, and man was it a lot of work! Great fun though. There were a lot of great kids, and I taught some really neato classes - one of which was a video class called 'Cliffhanger' in which over the course of the 4 weeks of camp, kids and teachers put together a short movie that is split into three parts - or 'cliffhangers.' The one I worked on was superhero themed (of course) and it really became a smash hit. The class ended up taking over the whole camp, and there was a sort of mania over all the characters that appeared in the movie. It pervaded other classes as well, where one class would make costumes to appear in the movie, another would make comic drawings of the movies characters. I also did some drawing for it.
At the end of each episode, the cliffhanger shot would freeze frame and dissolve to a comic drawing by me. (Example above)
Then at the beginning of proceeding episodes, there would be a brief recap retelling what had happened in the previous episodes. The recaps were told via comic drawings done by me and occasionally inked by fellow illustrator and all around pal, Aaron Dana. Here's one I did: 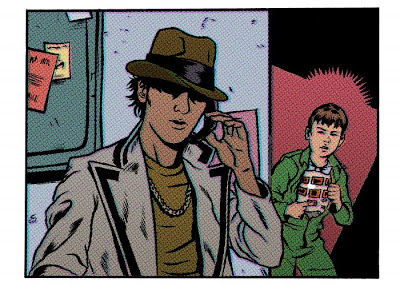 And one where Aaron inked my pencils: 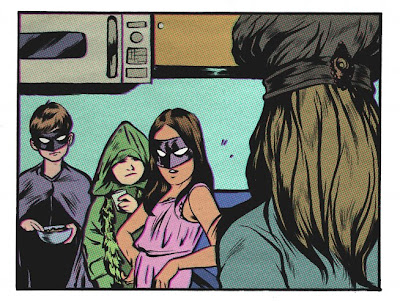 And here's one more we did (me pencilling and Aaron inking) of all the characters from the movie altogether in one image. Logo by Aaron. Colors by me. 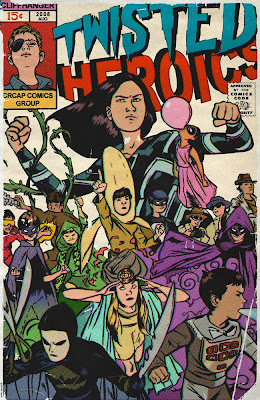 And there you have it, a short glimpse into what I'd been up to for the past month. If any of you are interested in teaching art and live in the Boston area, you seriously should consider applying to this camp. Such a cool experience.
Posted by Mr. Joe at 11:06 AM

That sounds like the best camp ever, Joe! I'm sure your kids loved your classes. This is awesome stuff.

joe! these pictures bomb me away! you´re really an awesome artist! great i found to you - thanks PR ;)