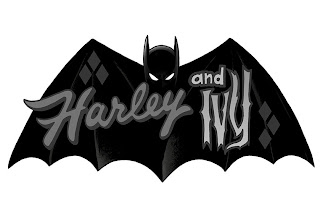 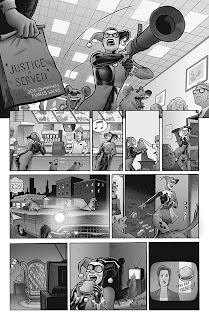 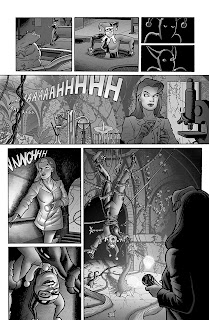 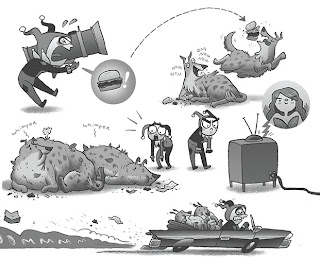 Next month I've got two Batman tales that will be hitting the stands. The first of which is a story I drew for the first issue of the upcoming Batman: Black and White series.
The story is written by Maris Wicks, and deals with those two infamous Gothamites, Poison Ivy & Harley Quinn. It even features a cameo panel drawn by Maris! (pictured above)

Our story hits stands next Wednesday, then two weeks later, issue 3 of the print version of Batman '66 will be released. That book also represents a collaboration between Maris and I, upon which she provided colors.

Be sure to check out our Batman: Black and White issue next week! Same bat-day, same bat-comic shop.
Posted by Mr. Joe at 12:49 AM

Will you be selling the art from these? If so, I'd love to get my hands on one of 'em.

Original Harley AND Bud & Lou too?!?! This is definitely a must buy for me!