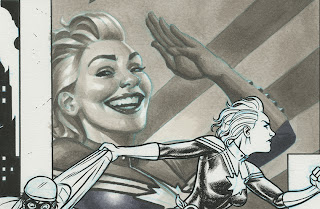 Today we'll be looking at my cover to issue 11 of Marvel Comics' Captain Marvel series. Passers by may ask, where did that lovely lady come from? Well, partially from here: 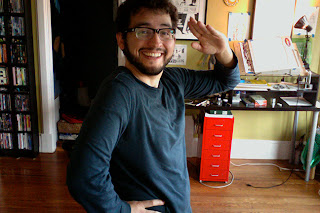 Indeed, as those who follow this feature know, I'm often my best and only model, hence the above sillyness. Of course what I'm looking for here is not a bearded (yet disturbingly handsome) comic artist, but instead I'm looking at things like the fold in the fabric along my shoulder, the modeling of my hand, possible ways to light the figure, and so on.

The basic concept of the piece was to have Carol (The Captain) running across rooftops, juxtaposed against a sunny idealistic vision of herself in the form of an old, vintage ad. I wanted to evoke the classic pin-up illustration of the 1950's/60's, and for that, I turned to one of the great masters of the era, Gil Elvgren- 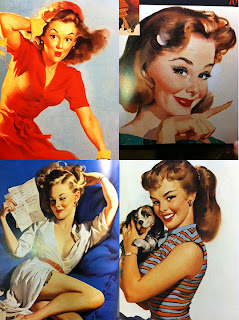 Elvgren captured a wonderful playfulness and optimism in his work, which I hoped to try and capture here.

Originally I'd wanted to paint the 'poster' separately and paste it into the scene digitally, but time constraints made that unrealistic. Instead I rendered the false ad in Copic markers, which I then colorized in the computer. Here's a look at my progress: 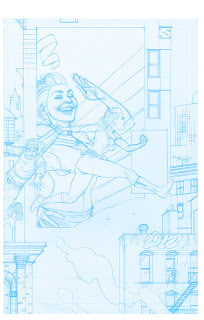 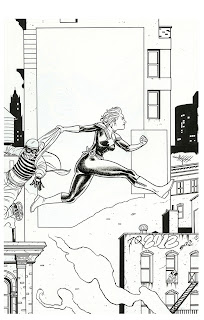 Then inked, leaving the poster area blank -
Note: The blue drawing of Carol in the poster was
still intact at his stage, I just didn't have enough foresight
to keep the original scan intact. Boo-urns. 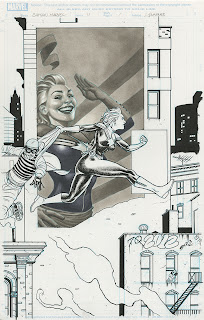 And the finished product, pre-digital color.

Have a good weekend, everyone!

Photo Booth is a function that produced by Apple that uses a built-in iSight camera to take photos and videos.Thanks for the inspiring article.
Areas - London, Essex, Kent