New York Comic Con has come and gone, and I had a great time. Maris and I shared a table right beside Paolo Rivera, where we kept super busy throughout the weekend, selling our wares and drawing up commissions. I'll be posting drawings from the con in proceeding blog posts, but for now here's a peek at my weekend in pictures: 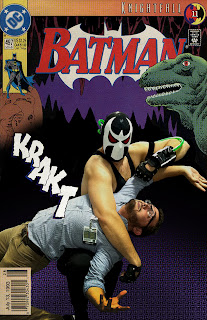 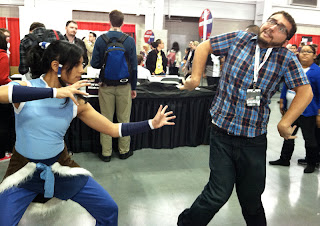 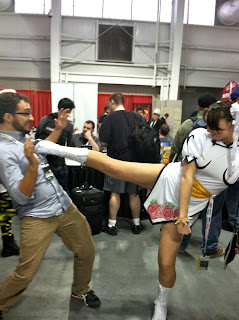 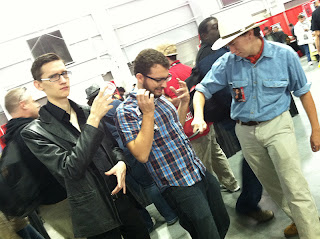 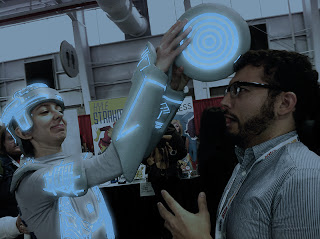 I entered a videogame. 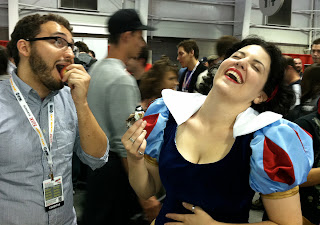 Snow White came by and was nice enough to bring me an apple. 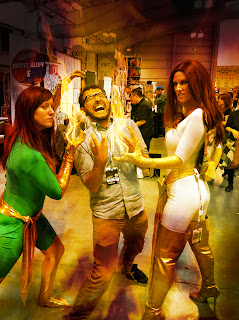 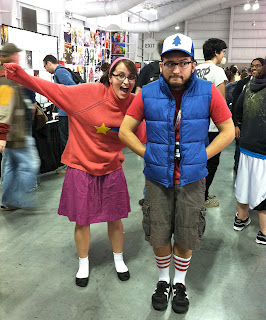 Even I got in the game on Sunday, when my sister came down for the show. We costumed, of course, as the sibling team of Dipper & Mabel from Disney's 'Gravity Falls'. 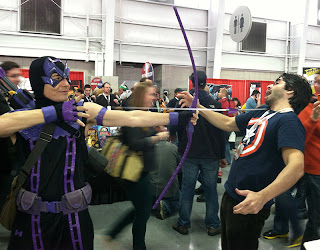 Paolo was also roped in, as he found himself accosted both by Hawkeye, 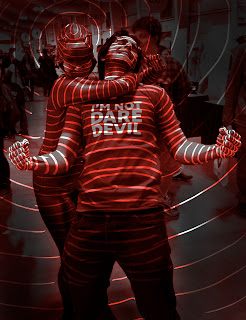 That about does it. If you'd like to see more photos of me being accosted by costumed heroes and villains, check out my Flickr set, here. Next up some artwork from the con.

Thanks to everyone who came out to my signing or to my table over the course of the show! Until next time, NYCC.

HAHA! These are great! I have to say, you and your sister's costumes are my favorites. Really fun stuff.

Awesome pics, and I just saw the Bane one. That is me in the Bane mask "breaking" you. Seriously, I love the 'shop, very nice.