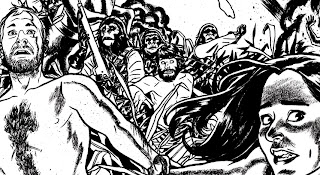 Wow! It had been a long time since I've done one of these. My apologies, internet. I'll try and make this a more regular feature once again. Anyhow, today we'll be looking at a recent cover I drew for Boom! Studios' forthcoming 'Planet of the Apes: Cataclysm' series. 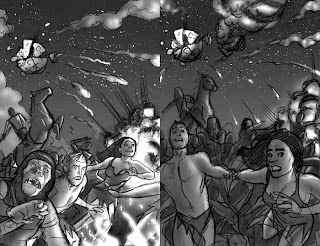 When my editor contacted me, she gave me a fairly simple and straight-foward concept for the cover: The moon has exploded, ("You blew it up! YOU MANIACS!") and men and ape alike are running like hell to avoid the ensuing rain of debris from the event. Specifically I was asked to place a bit more of an emphasis on the humans, rather than the apes, hence the two sketches above. In the end, they went with the sketch on the right, asking that I try and add some of the lighting on display in the first sketch. 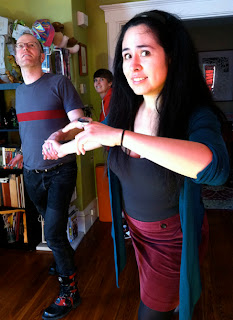 I asked two of my friends, Norah and Tim to pose* for the piece, mostly because I thought the two of them resembled Charlton Heston (George Taylor) and Linda Harrison (Nova) from the original film.
*please note the Maris Wicks photobomb in the background.

Following their handy modeling, I got to drawing. Here's a look at the finished inks: 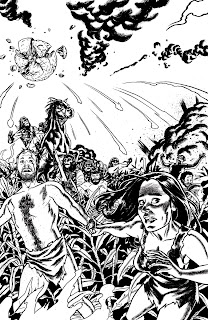 And the finished colors, by the inimitable Jordie Bellaire: 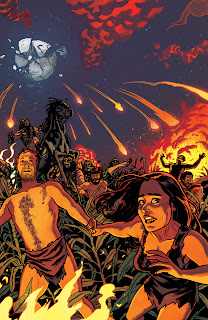 Have a great weekend, everybody!

I think you really captured their faces

Those are really amazing animated photobooth. You can now also make your Photobooth animated through editing using some software like Adobe.

Very interesting. I'm glad I got to see your concept. Thanks for sharing!