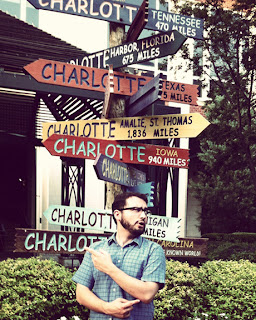 Finally getting around to a post-Heroes Con post. The show was a little over a week ago now, and boy howdy was it awesome.


Maris and I flew down to Charlotte for the 3-day con and had a marvelous time meeting fans, sketching and hanging out with old friends as well as meeting new ones. 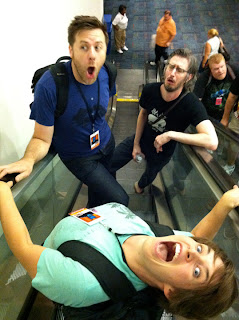 The bulk of our time outside of the convention however, was spent with these two bros: Scott C & Dustin Harbin. Dustin being a Charlotte native, was kind enough to chauffeur Maris, Scott and I around the city - taking us out to a choice restaurant, and even on a Target field trip to find Scott some swimming trunks. He also introduced both Maris and I to Jaime Hernandez, one of the über-talents behind Love & Rockets, whom we were both excited to meet. Really, I had a great time getting to chat and unwind with all of the tremendous artists we met with over the course of the weekend. It's one of the best things about this show. Thanks again to Dustin and Scott for the hangouts, Jaime for the conversation, and Shelton and Rico for having us. I really did have a blast, and find myself already looking forward to next year.

Here's a look at the some of the art I made while there: 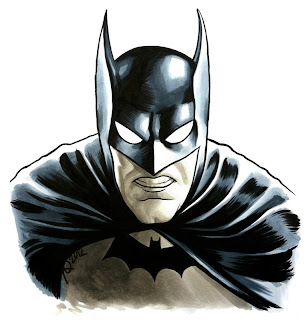 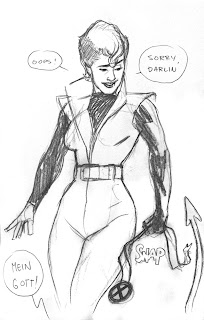 80's Rogue. This was for a sketchbook Jeffrey Brown was passing around, themed around a specific issue of Uncanny X-Men. (I forget which one) 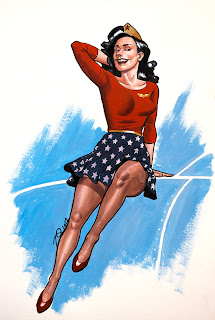 This was a painting I did on Saturday for the Annual Heroes Con Art Auction. Acrylic paint, pen & ink, on 20x30" illustration board. I already posted some rough pics of this one on my tumblr, but was sent this much better version by an attendee of the show. Thanks to Pat for the picture.

I'll be posting more sketches in the coming weeks. Thanks for stopping by!