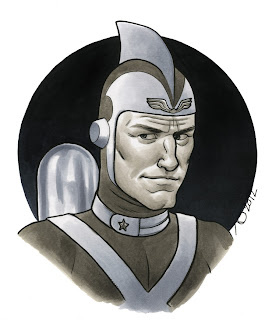 This weekend is the next Boston Comic Con! I'll be there once more at table AA402, selling prints, my sketchbook, and taking on commissions (like the one pictured above). More info here.

I'll also be debuting a new mini-comic called 'Gore Squares', along with collaborators Liz Prince, Maris Wicks and Tim Finn, who will also be at the convention. The book represents a collection of daily journal comics from the four of us over the course of October, 2011. As we all live nearby each other, the notion was that it would be interesting to see how each of our comics overlap and are informed by one another. A celebration of the mundane! It's also the second sequel to our original 2008 collaboration, Four Squares. Here's a sample of one of the pages, and a look at the cover: 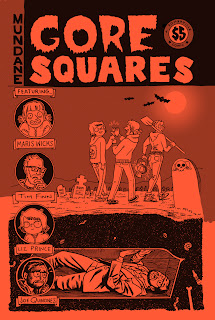 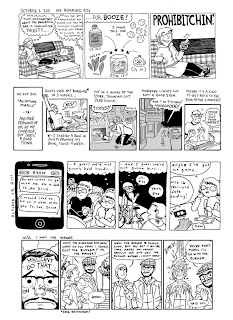 Be sure to check it out!

"Now, wait a minute," you might be asking. "Why is this post titled 'Photobooth Phriday'? It's just you shilling your new mini, and promoting Boston Comic Con." To which I'd say: Yeesh. Chill out, dude. HERE: 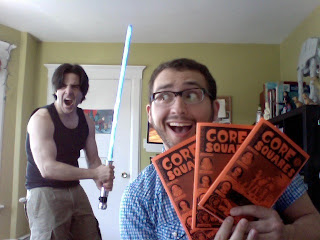 That madman behind me is none other than comic artist extraordinaire, Paolo Rivera. He'll also be attending the convention this weekend. But TONIGHT, he'll be doing a signing along with Wookie artist Stéphane Roux at Hub Comics in Union Square from 6 - 9pm.


Hope to see you there!