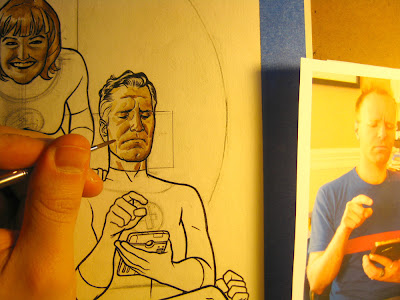 As I mentioned in my last post, this illustration represents my first traditionally painted comic cover. As I knew I was going to be painting the cover, I wanted to achieve an extra layer of realism here, and so looked to have some of my good friends pose as the fantastic quartet. 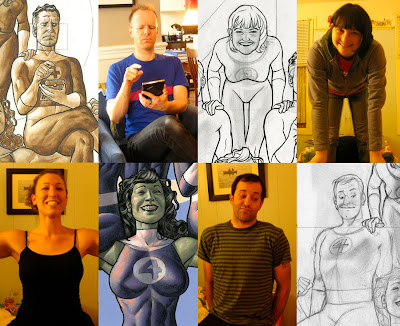 I cast friends that I thought resembled somewhat the comic counterparts I'd had them posing as. Although I of course altered their features so that they aren't just straight portraits of my friends, and are instead portrayals of these characters.

Here's a look at the initial thumbnail ideas for the cover, as well as the proceeding pencils, then inks: 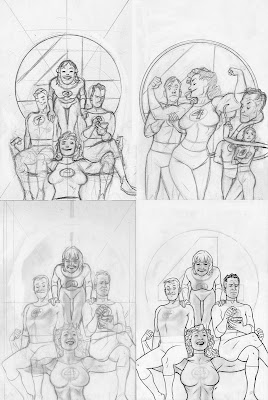 And the following painted steps, from initial tonal treatment in watercolor, to painted rendering in gouache, and final inked linework: 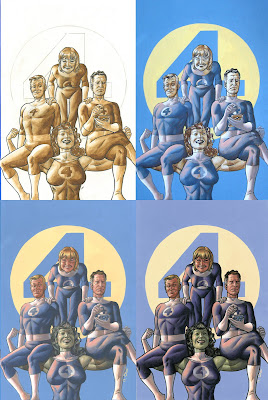 Outside of all that, a reminder! This Sunday, May 22nd, I will be attending the Maine Comics Festival in Portland, ME. There I'll be drawing sketches, selling prints and t-shirts, and will have some original art on display. If you're in the area, please do stop by!

Have a great weekend.

*Yes I realize this post is dated as having been published on Saturday, rather than Friday. So sue me.
Posted by Mr. Joe at 12:12 AM