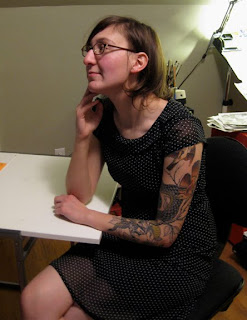 Back when I was working on Wednesday Comics, I noticed there were going to be a lot of bar scenes and thought it a prime opportunity to cameo a bunch of my friends. For fun. Liz was kind enough to play along, and brought her own retro fab dress to the party, so, y'know, bonus. 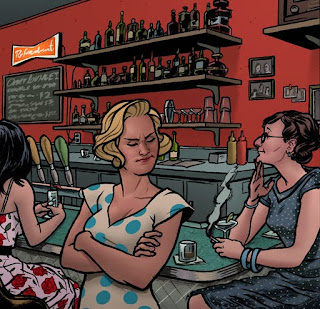 As far as costuming goes however, I had a to do a lot of research into what the popular styles of dress were at the time. Google search was my best friend. That, and whoever puts together the wonderful costumes for AMC's Mad Men television series. 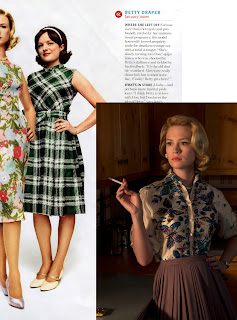 Here's the panel I'd referenced these ensembles for - 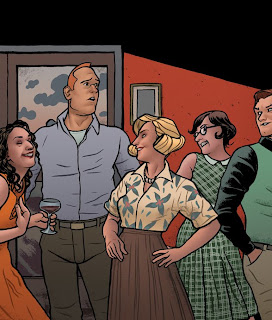 And the full page it's excerpted from. 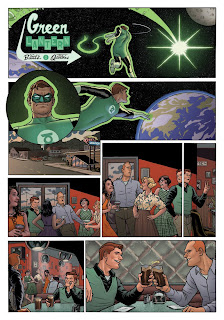 And speaking of Liz Prince, anyone in the Chicago area this weekend should go check her out at this year's Zine Fest, where she'll be attending as a special guest.

Nifty guest appearances from your friends!
Mad Men is a favorite show, it's great so see how it inspired your retro wear.