Hello all,
And welcome to another edition of Photobooth Fridays. This one's a doozy. Today we'll be looking at -- 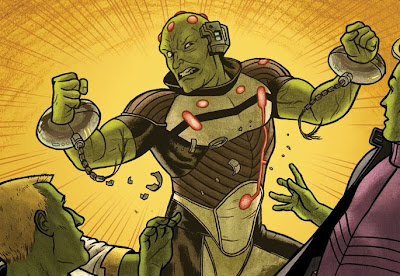 The cover to issue 11 of DC's Adventure Comics series from earlier this year. It was a variant cover, and so, as is the tradition with variants for that title, it incorporated a series of panels each depicting various points of interest from the story within. Mostly they vaguely resemble a comic book page, but in my rendition, I was hoping to invoke the look of a classic 40's adventure/sci-fi magazine cover. Here's a look at my initial sketch: 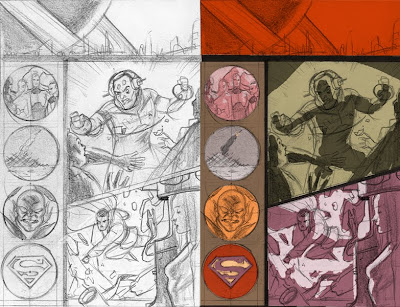 It's a fairly simple, quick sketch, but save for a couple minor changes in layout, it was approved. Mostly I was able to draw all of the figures straight from my imagination, but I found myself struggling to get a drawing I liked for Braniac. I turned to Photobooth.

And tried a range of poses. Hilarity ensued. 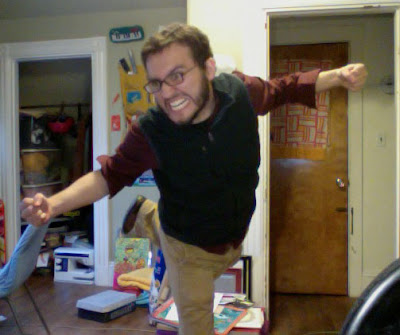 Finally I landed on a drawing I liked, and moved toward finishing the piece. I did things a bit differently on this cover than I generally work, so I though I'd show a couple more images detailing my process in this case. 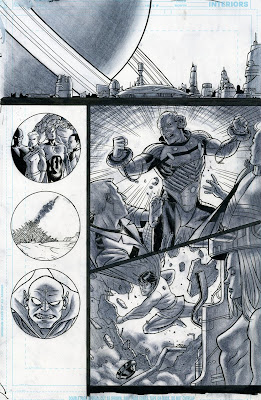 Occasionally I like to do a little experimentation in technique. I certainly don't have a process that's set in stone. I'm always learning. In this case, I thought it might be neat to do a fully rendered original piece which I would then colorize digitally. I used Nupastel as I really enjoy how smoothly it runs across paper without crumbling apart. It's particularly fantastic for figure drawing. I did however run into problems using it in this instance - even though it's a bit sturdier than say, compressed charcoal, it can still get a bit messy, and the board I was working on didn't have quite enough tooth to really get the Nupastel to behave the way I wanted. Regardless, it was pretty fun and something I might try again, though not under these exact circumstances.

Here's a look at the piece as originally finished, with color overlayed over the Nupastel/ink drawing- 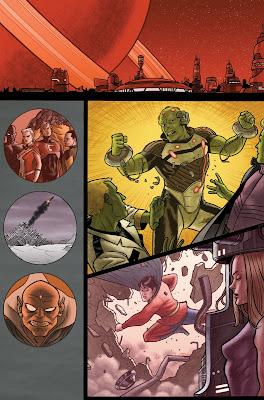 Eagle eyes may have noticed that this is not the final look of the cover as printed. There was a last minute editorial change of who 'Mon-El' (the dude bursting through the wall) is saving (first 'Dream Girl', then 'Daxamite'). Anyway, it wasn't too big of a deal to change, but now everyone gets to see the cover as originally intended. See the printed version here.

when I got to the animated .gif I forgot what I was even reading about or even where I was at the moment.......