So my pal Paolo recently had the inspired notion to post the many many embarrassing reference photos he's taken over the years on his blog. I think it's a great idea, and was considering doing something similar here. Anyway, his most recent entry is a slight cheat as it isn't really a reference photo at all, but instead nerd evidence. The picture in question dates back to 2003, when Paolo and I were still in school. There a sort of costume party was held annually, and for that year we had decided (and convinced a good number of pals) to go as the X-Men. That photo is the evidence of our efforts, though you'll notice I am glaringly absent - Here then is my SABRETOOTH (!!) costume... 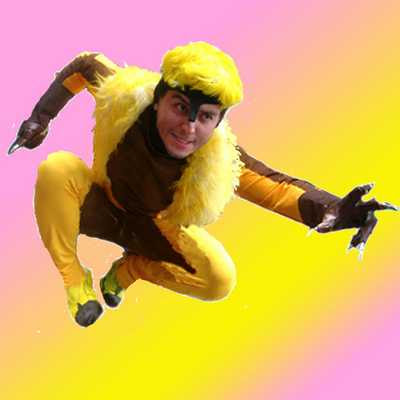 The background is really helping this one.

Oh God YES! I can die a happy woman now that I've seen this again.

Looks like a chicken flying ovet the rainbow... hehe