So I'm just coming off some more work on DC's 'Teen Titans: Go!' series and have over the course of working on it, been steeped in Titans lure. I've come to better know its cast of characters - and I gotta say, I dig them. They're cool. Particularly I really like the character of Raven. So dark and smart-alecky. She's like a young Christina Ricci in tights, and, with an inter-dimensional, four-eyed demon as her daddy...
Yeah... so anyway, I did these sketches. 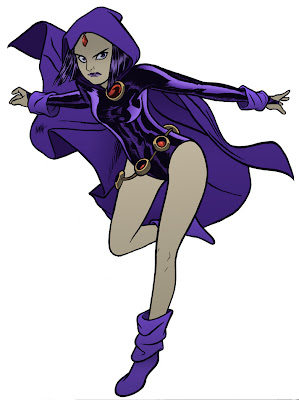 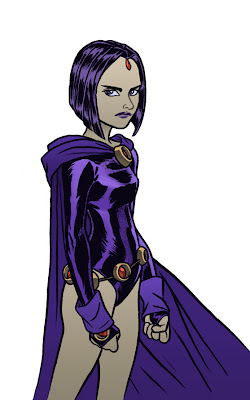 Even my mother liked Teen Titans, Joe. This is awesome! Congrats on the gig!

You totally worked that Christina Ricci vibe in there. I likes!