Hey there, kiddies! Welcome to another installment of Photobooth Phridays! Today we'll be looking at my fifth cover to Star Wars: Knight Errant - Deluge, which just hit comic shops this week-- 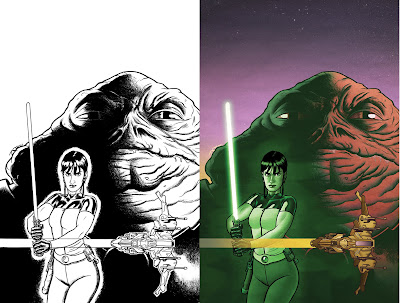 Above is a side by side comparison of the initial inks and finished, digitally colored piece. Here I experimented with using a china marker for the rendering on the Hutt's face, rather than my standard dry brushing technique. It was nice for some of the nuanced areas, but on a large scale like this, I don't know that it was all that more efficient. Anywho, here's a look at my hilarious photobooth reference shot -- 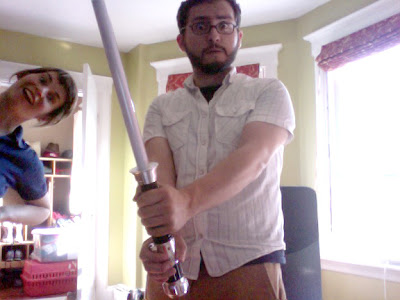 A Maris Wicks photobomb is becoming the standard with these things.

Eagle eye's might have noticed that Kerra's face is somewhat different in the final finished illustration, versus the initial inked piece - and you'd be right. My editor thought Kerra looked a little off model at first (and I couldn't really disagree with him --hey, I'm only human!), so I went back into her face and altered it slightly. Check it! 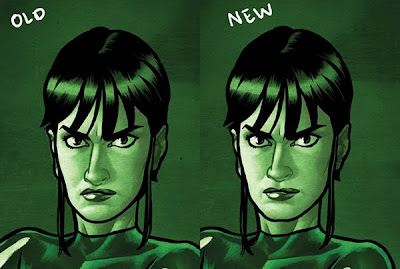 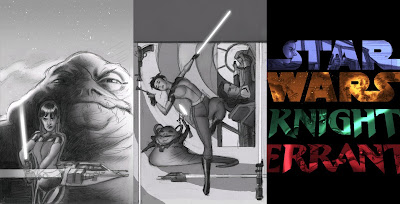 Above are my initial sketches for the cover. The middle one, my personal favorite of the bunch, was meant to harken back to old James Bond novel covers. I like the idea of it, but can see why they didn't go with this one. Still, an idea to revisit perhaps for some future piece.

Alrighty, that about does it for now. Happy Holidays, every body!
Posted by Mr. Joe at 5:31 PM

Hello Joe, I’m a Belgian fan of comics .
Recently, I bought a big size book “Wednesday Comics” (in French) in which there’s a story drawn by you: Green Lantern.
This book is full of great stories and I’ll try to get it personalized by all the artists who have done something for it.
So, first of all, I wanted to congratulate you for this great Green Lantern story. Well done.
Secondly, I was wondering if there’s a possibility to get a to my name signed sketch from you, a sketch that I could insert in my book.
Could you do this for me?
I’m looking forward to hearing from you.
Happy New Year.

All the best,
DOMINIQUE